In the last lesson, you saw how to use the debugger, and how to use Option Explicit to avoid bugs in the first place. Let's talk about some more ways to avoid bugs. The fewer bugs there are to begin with, the happier you'll be.

Write code in baby steps. Write a few lines, test, write a few more, test. When you find a bug, it will probably be in the last few lines you wrote.

Do this from now on.

How about this code? Right. Because you know how sales tax works, you could see the problem.

Also, let's use Hungarian naming for variables. The first character (or two; more later) tells you about the data type, like s for Single variables. As you learn about more data types, you'll see different characters. Knowing the types will help a lot when it comes to validation.

After the data type letter(s), use one or more words. The first character of each word is uppercase, like sGoatHappinessLevel.

Use names that explain what the variable is. Long names are OK. For example, instead of sGtHap, use sGoatHappinessLevel.

We've already been doing this, and it seemed natural. "Total price" is sTotalPrice. "Sales tax rate" is sSalesTaxRate. Price is just sPrice. You knew what these things were, even though you didn't know the Hungarian naming standard.

You don't have to type in the full name of a variable when you're writing code. Suppose you have a variable called sAverage, and want to output it into a cell. You type the first few characters of the variable name:

You'll see a list of the symbols that start with those characters.

There are several things that start with the letters you typed. The one you want is the third in the list. Use the down arrow to choose the one you want.

Press Tab. VBE will finish the variable name for you.

Later, we'll talk about if statements and loops. Still, here's some code that should make sense.

Lines 3 and 5 depend on line 2. If the buyer or the product is tax exempt, line 3 runs. Otherwise line 5 runs. Only one of them runs.

Lines 3 and 5 are indented, that is, pushed to the right (press the Tab key in VBE to indent). That makes it easy to see that they depend on another line.

Here's the same code without the indenting.

It runs the same. VBA doesn't care about indenting. But it's a harder for us humans to work out what's going on. That means more bugs, more time, and more frustration.

So, indent your code.

It would be easier to tell if we knew what the formula was for. Comments are notes for people. Computers ignore them. Comments explain what code is supposed to do. They're helpful when debugging programs, or changing what they do.

Changing what they do?

Yes. Business changes all the time, so the programs that help businesses run have to change as well. Most programmers spend more time changing existing code, than writing new programs.

The easier code is for programmers to understand, the faster and more accurate they can work. Comments are a big help.

The harder it is for you to figure something out, the more important comments are. If it was hard for you when writing the code, it will be hard for someone else to understand what you did. Comments make it easier. 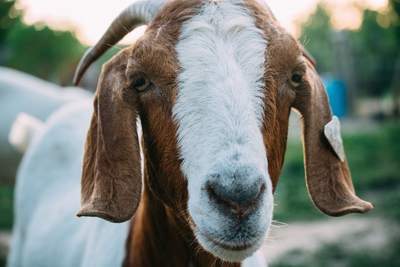 ​Truth goat: Comments are your friends.