Some goats have taken a taste test, saying how much they like three different leafs. Download a start worksheet that has the data. 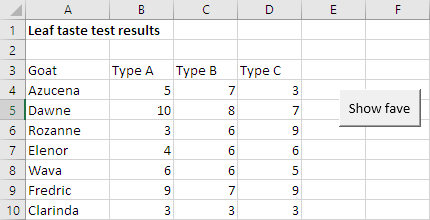 When the user clicks on the button, the program asks for a record number, like this:

It grabs that record, and shows the name of the goat, and it's fave leaf: 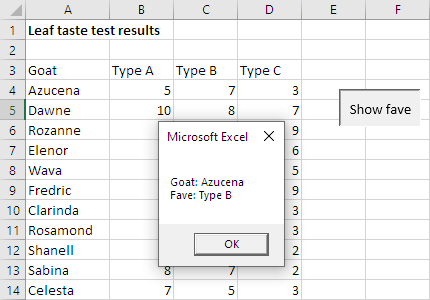 Notice that the output is on two separate lines.

Validate the record number the user types. It should be number that's one or more, but not greater than the number of records. For example, if someone typed...

If they typed a number what was out of range...

Write the code so that the number of records could change, as more data is gathered. That is, don't hard-wire your code so that it only works for 50 goats. So, if data for 20 more goats was added, your program would accept record numbers up to 70, without any of your code changing.

Here's another output example, showing what happens when a goat likes two leaves equally, like record 4: 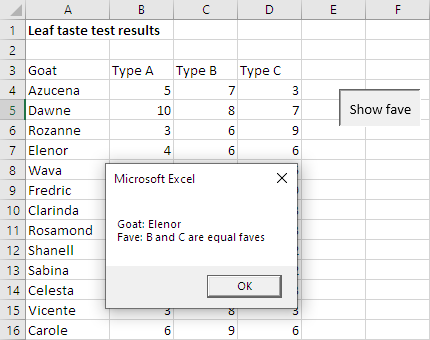 Here are the output possibilities.

If you were logged in as a student, you could submit a solution to this exercise.
Attachments
fave-leaf-start.xlsm
Where referenced
Ranges