What is the course about?

This course helps you learn the basics of programming.

You'll use the language Excel VBA (Visual Basic for Applications). By the end of the course, you'll be writing simple data analysis programs.

Ask a computer scientist, and they'll tell you VBA isn't an elegant language. They're right. VBA is clunky compared to, say C#.

So, why learn Excel VBA rather than Python, or JavaScript?

The basics are the same

The basics of most programming languages are the same. Variables, expressions, ifs, loop... what you learn here works in other languages, too.

So, you're not just learning VBA. You're learning programming as well.

This course is for business people. Programming elegance is less important than return on investment for your learning time.

Excel is one of the most widely used apps in business. It's powerful, and flexible. It can do financial modelling, statistical analysis... well, a lot. Time spent learning Excel is never wasted.

Most Excel work can be done with formulas in cells, like:

You've done this yourself.

That's OK, but formulas have limits. For example, suppose you have data about goats (this is a goat-heavy course). 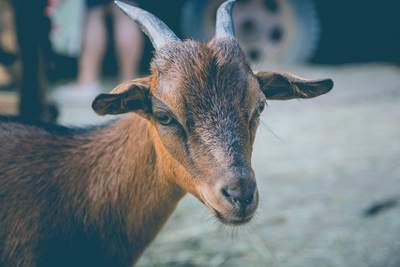 You want to know the average weight of the goats, for a dance contest (yeah, it's relevant!). Oh, but there might be errors in the data, like someone typed "heavy" rather than a number in the weight field. You should deal with that. Might as well highlight the cells with bad data, so someone can look at it. BTW, only for Alpine goats that like jazz, or Boer goats whose age is less than half their weight. Hmm, but let's include all goats from the Midwest, in states with a sales tax of 6% or less.

(Strange requirements like this are not uncommon in business data analytics. Maybe not about goats, but still.)

Trying to do this with just formulas... well, good luck with that.

You could write a program to do it, though. No matter how weird your data filtering criteria, you can do it in code.

Being able to program adds a new level to your Excel skill set.