String variables can store any characters you can type on the keyboard, like "very cute" and "12 Smith St., Apt #23". They can store letters, numbers, and special characters (like $,.? and #).

A constant is a fixed value. Here are some numeric constants:

Here are some string constants.

... will always put the same strings into the cells.

The first character is "t" for "text."

You can put strings into variables.

You can use a string variable whenever you could use a constant.

For example, with the InputBox() function, you give it a prompt, text to like this:

"Meal cost:" is a string constant.

You could use a variable there instead:

Check out the official documentation for InputBox: 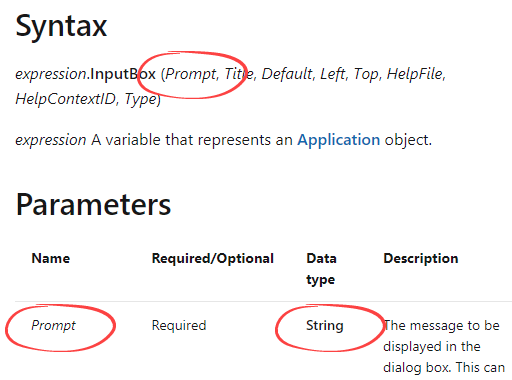 It says the prompt should be a string. It doesn't matter whether the string comes from a constant, a variable, or something else.

Strings have only one operator: &, called concatenation. It hooks strings together. For example: 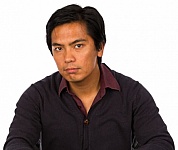 Wait, the names are jammed together. We want a space between them.

When working out tFullName, VBA says to itself:

That's better. If you want a space, you need to add one.

We can also concatenate numeric variables with strings.

If you concatenate a vbCrLf into a string, it will be split into separate lines on output. For example: 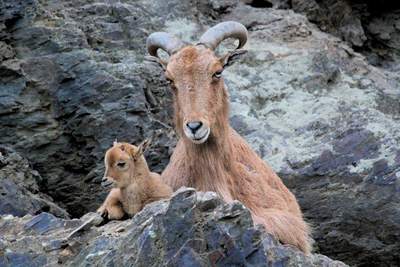 ​Hey! Keep your horrible puns away from the kids!

When I use vbCrLf, I split the VBA statement (the code) into multiple lines, to remind me of what the output will look like:

The underscore tells VBA that the statement will be continued on the next line.

VBA has a bunch of useful string functions. We'll use only a few.

... would remove the spaces from the left and right of the string, giving Trim me.

LCase("Bilbo Baggins") converts characters to lowercase. That would be bilbo baggins.

You can get strings from cells, and put them into cells, just like numeric data.

You can also use dialogs.

People often add extra spaces when they're typing text. Like this:

There's a space at the end of the dog name. Quite natural, for someone good at typing.

So, use Trim() on user text input, to strip away excess spaces. Unless the spaces matter for some reason, but that's rare in business programming. 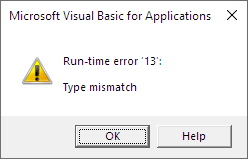 String variables don't have that problem, since they can contain anything you can type on the keyboard.

Sometimes it makes sense to use strings when you expect people to type in numbers. Check this example:

It makes sense to store zip codes as strings, since you would not do math on zip codes. Adding two zip codes gives you... nothing meaningful.

Wrestling announcers introduce wrestlers by reading cards, with text like:

"In the red corner, it's ROSIE 'THE RIVETER' MATHIESON!"

The corner is in the first phrase. The second phrase has the wrestler's first name, wrestling name, and last name. They're in uppercase, so the announcer remembers to SHOUT. And there's a bang (!) at the end. 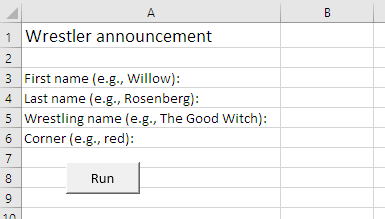 The user types in data about a wrestler: 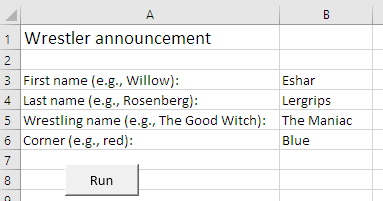 Pressing the button shows the card for the announcer, in a dialog: 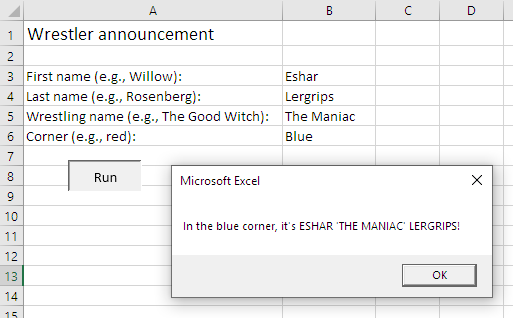 Use the IPO pattern. Add a comment for each part (e.g., an &#39; Input comment). Use meaningful variable names. 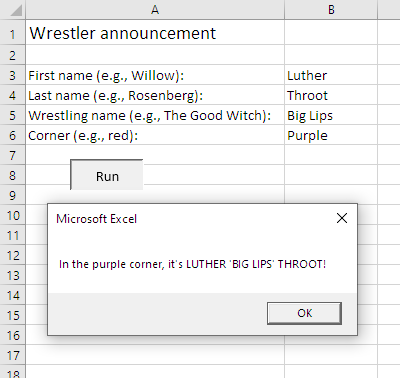